Faro is a city in southern Portugal, the capital of the Algarve

A little bit history of the Jews of Faro:

At the end of the 15th century and during the 16th century many Jews fled Portugal because of the Inquisition. In the 18th century the Marquis of Pombal, who was the kingdom's minister in the government of Jose I of Portugal, invited the Jews to return to the country to help rebuild the economy that collapsed after the Lisbon earthquake of 1755. About 60 families settled in Faro and established an important community there with two synagogues and a cemetery, which has been preserved to this day.

The first Jew to arrive was Shmuel Amram, who sailed here from Tangier, Morocco, in 1813. He set up the first cork factory in Faro, created the first plantation in tobacco and was the first to manufacture cigarettes.

Yitzhak Biton, born in 1926 from Lisbon and his family who emigrated to the United States, were among the 60 families who re-created Little Jerusalem in Faro. They prospered for a while, dealing with cork, cereals, coal, and cloth until the young decided to emigrate to cities like Lisbon, and the older generations died. The last member of the Jewish family left Faro in 1969.

The Faro cemetery is the only surviving testimony of Jewish families who lived in the Algarve after the Inquisition.

The cemetery, about 1000 meters in size, is surrounded by a wall 4 meters high and is a quiet haven in the middle of the city noisy and busy.

Inside, there are 106 tombs with engraved boards in Sephardic style instead of tombstones. There is a Tahara house to pray where the bodies were washed, and a small synagogue museum showing items related to the Jews of Faro.

In 2003, the cemetery was named after the Jewish Heritage Center Faro, and in 2007 its name was changed to the Yitzhak Bitton Synagogue Museum.

The first burial in the cemetery was that of Rabbi Toledano in 1838, and the last was almost a century later in 1932

Since 1960, for many years, the cemetery has been abandoned and neglected, and with the help of Yitzhak Biton, Ralph Pinto and his wife Judy have managed to recruit a large number of people to join the mission and recruit donors and rehabilitate the cemetery and its surroundings.

The Pintos regularly arrived in the Algarve, until in 1991 Judy decided she wanted to stay and refused to return to South Africa, thus reestablishing the Jewish community in the Algarve for the first time.

They dedicated the entire cemetery with a special guest, the then President, Dr. Mario Suarez, who ceremoniously planted the first of the 18 cypresses in honor of Dr. Aristides de Souza Mendes, who was responsible for saving hundreds of Jews during World War II.

In the cemetery, there is also a special honor in memory of Samuel Gacon, who published the first book in Portugal in 1487, a copy of the Torah in Hebrew in the Spanish style.

Among the guests: the Ambassador of Israel and the Ambassador of South Africa, Duke of Braganza, head of the Algarve Council, Bishop of Paro, Cantor Yitzchak Azor, spiritual representative of the Jewish community in Lisbon and the son of Rabbi Avraham Asor who sang Kaddish and Birch at the ceremony, and many representatives from Spain, France, Gibraltar, the United States and Brussels.

One of the most exciting performers in Ladino singing was singer Judy Frenkel with the song "by the rivers of Babylon".

The Jewish history of the Algarve owes much to Judy, Ralph, and Isaac, a small Jewish community that still maintains, albeit quietly. On their tradition.

The Yitzhak Biton Museum contains valuable books, documents and Jewish artifacts, collected in recent years. A display of furniture is the center of the museum. The parts were taken from one of the local synagogues of the 19th and 20th centuries, and a replica of the Pentateuch from 1487, printed in Hebrew by Faro, is also displayed. Kosher, souvenirs and more. 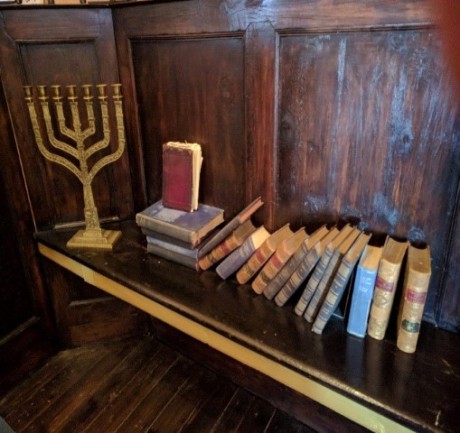 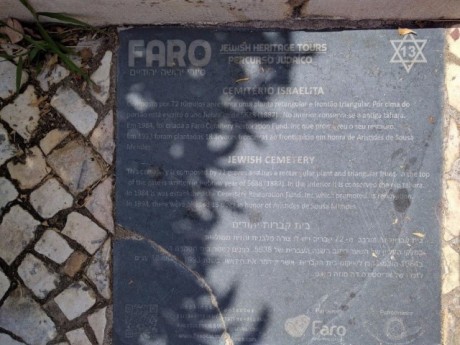 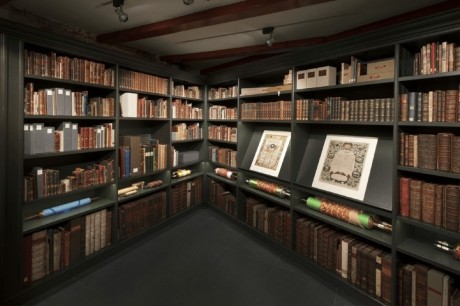 « Previous: Expulsion from Spain - a little bit of history
Next: Portuguese citizenship for children »
‹